How I Survived Sickle Cell Anaemia

That group of blood disorders typically inherited from a person’s parents is known as a Sickle cell disease (SCD). The most common type which we are all familiar with is the sickle cell anaemia (SCA) which results in an abnormality in the oxygen-carrying protein haemoglobin found in red blood cells.
Are you having doubts about how harrowing the pain of a Sicklecell patient is, then you should hear the story of Miss Josephine Osundu, a sicklecell survivor. 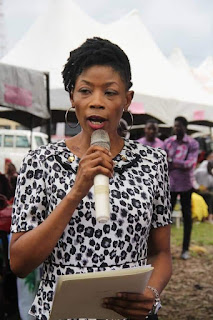 It’s good you know this, Sickle cell disease has no known cure at the moment. In ancient times, parents helplessly watched their children die slowly from the disease, also, children with Sicklecell disease were perceived to be demonic (Obanje), transiting between the spiritual and the human realm to torment their parents. 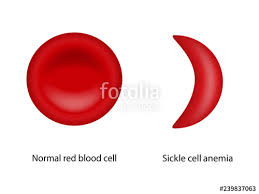 In a stark departure from the past Miss Josephine’s experience belies the mystysisms of the “Obanje” folklore. Miss Josephine Osundu has spent most of her life managing the condition, which generally included spending more times in the hospital than out of it.

At age 12 she surferred partial stroke that left her immobile for a while, and as she got better, she seemed to be learning how to walk all over again. Then at, 17 she suffered leg Ulcers which scars she still bears.
She did somewhat badly in her academic performances during her High school days because she was hardly healthy enough to stay through the academic rigours. Constant blood loss, a disfigured look, Psychological traumas, episode upon episode of Crisis. 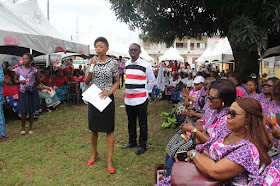 Painful Stigmatization from people who always associated her with something close to death and very fragile. Her relationships with the opposite sex were of course not fun and largely unsuccessful.

Likewise, an exhorbitant amount of funds that went into sustaining her health every week and numerous thoughts of suicide, with the intention of escaping the pain she was living in.

But Miss Josephine is not entirely a terrible mix of bad news, the good news is that she survived both for herself and for others; as today she is the Founder of the IFY-JOES FOUNDATION. A foundation dedicated to helping people living with the sickle cell disease.

Currently, she works alongside Vicar Hope Foundation to spread the message of hope to all others who are in the midst of their own battles.

The event in Aba is one of many platforms that Vicar Hope Foundation has provided Josephine osondu and many others who share stories of despair to hopefulness. The 2019 Sickle Cell Awareness Month is an annual American national programme. It being held in Aba was a product of international networking of Vicar Hope Foundation and it’s slew of collaborators including Neu Dyx of USA and Jemisun Healthcare Incorporated USA.

To survivors and patients she says, “it’s not your fault that you were born with the condition but you can choose to live above it, your life expectancy depends largely on your decision to keep fighting for your life and abiding by the clinical and home care for the sickle cell disease”.

She finished by pleading with people of reproductive age to make careful choices while choosing partners to procreate with.

Having listened to her story it would be a greatly foolish venture to bring Children into the world and have them live with pain and that is the whole essence of talking about her ordeal at the hands of Sicklecell.

It all starts with knowing your Genotype!

4 Great Marketing Insights That Will Generate Much Money For You

How Not To Loose All Funds During Lockdown